Many people believe that the suggestion of a Pre-Nuptial Agreement offends the sanctity of marriage and that entering into such an agreement is the last possible thing they would think of doing.  They enter into marriage unconditionally, fully trusting their future wife/husband, giving no thought to the “what if” question in the event that the relationship were to break down.

There is nothing wrong with the idea of romance and the belief that love will last forever and that nothing will go wrong – but what if it does!

I once had a debate with the Bishop of Worcester on BBC Hereford and Worcester who felt offended by the suggestion of pre-nuptial agreements but when you look at them they are really no different to taking out an insurance policy – or are they?

Pre-Nuptial Agreements may not sound romantic but they have their place in today’s society.  It is preventative medicine and offers protection for those who seek it.

Parties who are secure in the knowledge of their love for the other are not offended by the suggestion of a Pre-Nuptial Agreement.

Pre-Nuptial Agreements have not traditionally been enforced in this country but it is only a matter of time before they will be.

If a pre-nuptial agreement is for you, then we can help you ensure that those valuable assets are protected. 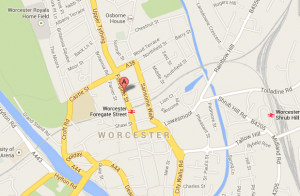